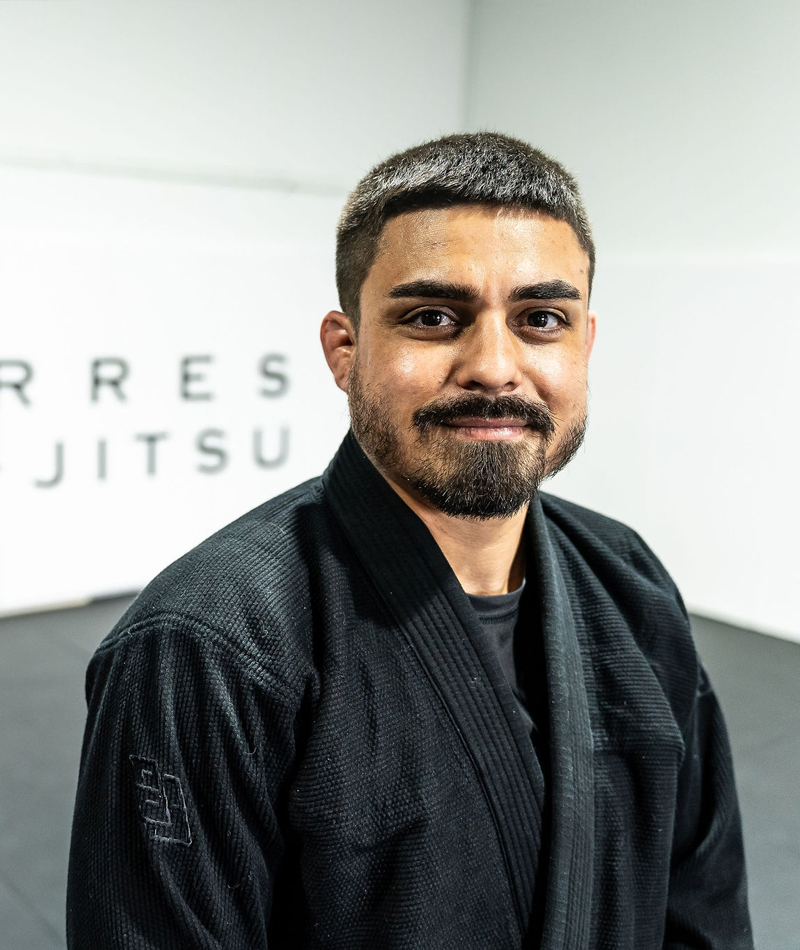 My name is Steve Portillo, I am a Black Belt under Travis Tooke and the assistant head instructor at Torres Jiu-Jitsu.

I train both kids and adults in Jiu-Jitsu. I am a lifelong Martial Artist who has been training in various arts since the age of 6. I began my journey with Jiu-Jitsu during my time served as a military police officer in the United States Air Force. During this time, I became an Air Force Combatives Instructor and had the privilege of training not only Air Force personnel, but members amongst the other branches as well as civilian law enforcement. Serving in the greatest military in the world was not only an honor, but it provided me with the ability to teach and adapt to multiple learning styles.

After leaving the military, I decided that training and teaching Jiu-Jitsu would be my future for the rest of my life. Teaching and coaching has not just allowed me to grow as an individual, but gives me purpose. My mission now is to spread this beautiful martial art to all those willing to learn and to leave Jiu-Jitsu better than when I found it.